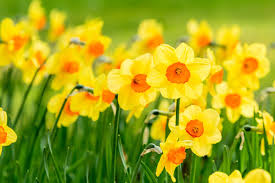 Eleven of us met up in Cirencester in Jane’s lovely garden lodge, surrounded by nodding daffodils and clusters of primroses.

Right from the start a distinct theme emerged, which focused on preparing for death.

“I would like to know the day and hour of my death,’ said one participant. ‘I like being in control, and knowing this would mean that I could prepare myself.’

‘Yes,’ said someone else, ‘I realise I have a lot of clearing to do. I have far too much stuff. I don’t want to leave a mess behind for my family to cope with. It’s not fair on them. I really need to get on with it.’

We were all in agreement about the importance of clearing out what we no longer need. One participant, who had cared for her terminal ill sister in the last weeks of her life, told us of how her sister prepared for death. ‘She wanted to deal with anything that she felt was stopping her from being at peace. Having terminal cancer really focused her mind, and it was if she ticked things off as she planned how she was going to die. She knew her husband and daughter were trying to ignore what was going on, so she was determined to do it herself.’

This opened up a discussion about the impact of being left to deal with a close relative’s possessions. ‘I cleared out my mother’s house after she died,’ said a participant. ‘The sad thing was coming across her precious china tea set, which she never allowed any of us to touch in case we broke it. So it sat in a cupboard for years. Even though she loved it, I don’t think she ever used it. Instead it became a symbol of stress because of her fear of it being broken. The tragic thing was that none of us wanted it after she’d gone so it ended up in a skip.’

‘My father’s life ended up in a black plastic bag,’ said another participant. ‘I remember going into the kitchen after he died and opening drawers thinking, ‘Oh God, not more stuff.’ I took bags and bags down to the charity shop. I found it so sad to think that his life had ended up on the shelves of a charity shop, and realised that mine would too at some point. It’s very humbling.’

‘Why do we get so attached to possessions?’ asked someone. ‘I suppose it gives us a sense of belonging, or being connected to life,’ said someone else. ‘It’s your identity really.’

‘The trouble is,’ said a participant, ‘we aren’t taught how to prepare for death. We need to talk about this much more. Having loads of possessions is a kind of denial of death as if they will stop death from happening to us.’

‘I have a running joke going with my mum,,’ said someone else. ‘She’s well into her eighties, and accepts she is going to die at some point. But I will know when she’ll be ready because she will clear out her knicker drawer. She always said she couldn’t bear other people to find her grey knickers. So I am always asking her, ‘Feeling like clearing out your knickers yet?’ It makes us both laugh.

‘I think you can learn a lot about someone through what they have,’ said another participant. ‘I learnt so much about my aunt when I cleared out her house after she died.. But I also began to realise some things were private to her, so I stopped going through everything, and just put into the bin.’

‘It’s funny how possessions mean different things to different family members,’ said someone else. ‘After my grandmother died, her grandchildren were given the opportunity to keep something. One grandchild chose her horse brass, which sat by the fireplace. It really meant something to them, but not to anyone else.’

The conversation shifted to the difference between being able to prepare for someone’s death to the shock of experiencing the sudden death of a close family member or friend. One participant spoke about Say Their Name’, the inspiring second film that Jane Harris and her husband, Jimmy Edmonds, have made about their son who was killed on a road in Vietnam. The film, said the participant, is Jane and her husband’s personal pilgrimage to help other people to cope with the horror of losing a child.’

This opened up a discussion about the importance of ritual when someone dies. ‘We need ritual to help us give the chaos of what we are feeling a sense of structure – something to hang on to,’ said a participant.’ ‘Yes, said someone else, ‘ritual is like creating a sacred crucible. It helps us to connect with each other, and helps us to share what we are going through.’

Another participant pointed out that many people are now using Facebook as a form of ritualising or eulogising someone who has died. Some are also using it to keep friends informed of medical treatments. ‘My friend used it a lot while she was going through chemotherapy. She wanted people to know she was okay, but she didn’t want to deal with phone calls all the time. It meant she could be open and honest, but also in control of what she wanted to say, and when she wanted to say it. It also meant that she didn’t feel so isolated. ‘

‘I did this too with email when I went through my own treatment,’ said another participant. ‘I felt overwhelmed by the number of ‘How ARE yous? I know people were concerned and being very kind, but I ended up feeling drained because I felt had to care of them. So I sent out bulk emails to my work colleagues and neighbours to tell them what was going on and that I was doing okay. I only wanted to talk to my inner circle of friends.’

The participant continued, ‘The other thing that got me was how many people who said ‘You look WONDERFUL’ while I was going through chemo. I knew I wasn’t because I had lost all my hair. I would have preferred people to have been more real, and said something like, “This is shite.” I wouldn’t have had to pretend that everything was okay, when it really wasn’t.’

Another participant said that her husband fielded all the phone calls from well- wishers when she was ill with cancer. ‘I was overwhelmed by it all, so couldn’t cope with talking to too many people. He put a daily bulleting on the answer machine, so people could call and find out how I was without me having to repeat myself all the time.’

‘It is difficult to know how to respond to some people,’ said a participant. ‘People want to be informed, but it can be too much, especially when you are caring for someone who’s dying. I found I was living in a kind of bubble and life didn’t feel real anymore. For example, as my father was dying, I began to take notice of things. The birds singing. The blue sky. The sunshine. I knew he wasn’t going to experience this for much longer, and I felt so fortunate that I was.’

‘I had the same experience after my sister died,’ said someone else. ‘Everything left more vibrant. I felt lucky to be able to enjoy it still.’

‘I had a very strange encounter after my mother died,’ said another participant. ‘I was in the supermarket and found myself looking at other customers doing their shopping, thinking, ‘You’re going to die, and so are you. And you are too. It made me feel very mortal, but also much more accepting that death is a part of life.’

This prompted us to talk about what we wanted at the end of our lives. All of us spoke of a dread of being in a care home without any control. ‘My mother’s in a home,’ said a participant. “She’s ninety-six. We thought she would only be in there for six months, but it’s been years. She keeps telling me how bored she is. But she’s institutionalised now. So there is nothing we can do for her. The life she is living is what I describe as “Extended uselessness.” What’s the point of that?’

We ended the café discussing the importance of completing an Advance Directive, and making sure our Gps and relevant family members were given copies. ‘I give these out all the time,’ admitted one participant with a guilty smile. ‘I work in end of life care but I have never actually filled one out myself. It’s time I did!’