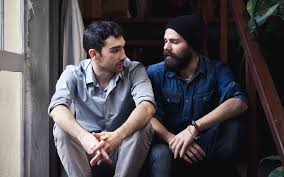 It’s a sad fact these days that most people in the West learn about death second hand – usually from news images or reading books or watching films. But, no matter how evocatively death is portrayed it is completely different to experiencing the real thing.

Until the mid 20th century, most people died at home with their family and community around them. Death was an accepted part of everyday life and old age was relatively rare.

Since then our relationship with death has changed greatly. We live much longer and most of us will die in a hospital, hospice or residential care rather than at home with our family. This removal of the dying process from the home means that remarkably few of us have been present at the moment of someone’s death. As a result, there is fear and sometimes even horror just at the thought of seeing a dead body.

Therefore, many of us not only view death and dying with dread but are unprepared to deal with the issues that confront us when someone we love starts to die. We don’t know what to expect or how to react, or how to provide the support our dying relative or friend really needs.

This is especially true when people die in hospitals. It’s easy to become enmeshed in clinical processes and practices which are wrapped up in medical jargon. The emphasis is placed on providing life-extending treatment and our own desire from our relative or friend to ‘recover’ rather than what the dying person really needs.

Death seen as a medical failure

In our Western science-based culture, a doctor’s task is to be seen above all as saving and preserving life.  As a consequence, death is often regarded as a medical failure. Therefore, the dying process can become something of a game of pretence instead of a meaningful spiritual progression where everyone concerned can face the truth and grow together.

Even hospices can be reticent to draw attention to death and dying. In fact, some hospices have removed the word ‘hospice’ from their publicity material and references to death are usually tucked away on the back of brochures or not mentioned at all. The language is focused on pain control, stabilising symptoms and care intervention rather than the fact that the patient is going to die.

This means some terminally ill people can continue to receive life-extending treatments such as chemotherapy until their final moments rather than having the time to prepare themselves for death.

Although it is not appropriate to force a dying person to talk about their death, in many cases the failure to name the D-Word can be distressing to everyone. Relatives may know the person is dying but are fearful of making things worse by talking about it. And, the dying person may be afraid of discussing it for fear of upsetting their relatives. Therefore, death becomes the ‘elephant in the room’. Everyone knows it is there, but pretends it is not.