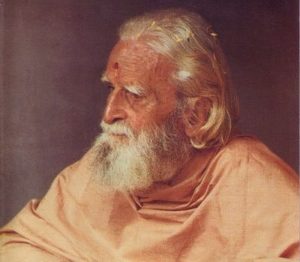 When I admitted to my boater neighbour in the marina where I was going last week he exploded with amused incredulity. ‘What? You silent? For six days!’

‘Yes,’ I said.  ‘For a six days.’ With that I placed my bag in the boot of my car and waved him a cheery farewell as I set off to join eleven other ‘Hermits in Company’ who had also chosen, for a short space of time, to put aside computers, mobile phones, televisions and radios, and the mad pace of modern life.

Hermits in Company is facilitated by Jane, a psychotherapist and Alexander Technique teacher, as part of the Bede Griffiths Sangha which meets regularly during the year to provide a place for spiritual reflection and growth.  Father Bede Griffiths, who died in 1993, was one of the great spiritual teachers of the 20th century, and wrote numerous books on spiritual awakening and the power of Love.

Jane, who has been a member of the Bede Griffiths Sangha for many years, is commited to offering people space for contemplative silence and reflection – not alone but in community.

I understand that. Several years ago I went on an eight day Ignatius retreat at St Beunos, North Wales. My only contact with anyone was half an hour in the morning with my spiritual mentor. Otherwise, the time was my own. I seem to remember spending a lot of it asleep or visiting beautiful overgrown holy wells that mark ancient pilgrim routes in a craggy landscape where sheep now quietly munch. I enjoyed my time and got a huge amount of out of it, but I felt very much alone.

I discovered the existence of Hermits through Jane after my life fell apart a little over three years ago. I believe those precious few silent days saved me.  Being in silence, but also in company, gave me the chance to grieve to the depth of my soul with people around, but without anyone being able telling me what I should do or should think.  I have been a committed member of Hermits ever since.

The glory of Hermits in Company, which very loosely follows the Benedictine routine of an hour of mediation and prayers before breakfast, lunch, and supper is that it provides a real sense of community amidst the silence that we all long for.

We come together at Michaelgarth, a wonderfully ramshackled, dusty old house fossilised in the 1930s, and set in the glorious grounds of The Society of the Sacred Cross, Tymawr Covent, near Monmouth. It is home to six extraordinary Anglican nuns who have dedicated their lives to prayer, solitude, and silence. The oldest Sister is ninety-four!  (They welcome retreatants, visitors, and self-catering groups. Please visit their website for more information).

Some of the Hermits are Christians. Some of us lean towards Buddhism, Hinduism, or other Eastern teachings.  I don’t know how to describe my faith. It’s a bit of everything that makes sense to me. But no-one pushes their beliefs. The retreat is about exploring and deepening whatever belief or faith you have for yourself.

While my Hermit cohorts are walking, or sitting quietly, or doing whatever they want and need to do, my personal task is to run the kitchen and provide meals for the group.  A task I thoroughly enjoy as chopping veggies and stirring pots in quietude provides a rich time for reflection and contemplation, and I find that eating in companionable silence makes mealtimes truly pleasurable.

The one interruption we have in our daily routine is on Sunday morning, when we are allowed to join the Sisters for communion.  It is a delightfully gently and joyous experience that takes place in the chapel, which is part of the convent.

There is something about being in the company of nuns dressed in traditional black habits who are used to singing together that makes the service quite magical, and even mystical.  Listening to them always ignites a primordial memory in me, from who knows when, and this is the only occassion I ever feel moved to receive the Eucharist.

But this time, a day or so later, there is another enchanting interruption to our routine.  As this is early spring we are invited to join the Sisters in the Rogationtide Prayers for the convent. They open their arms in welcome to us without care for what our beliefs may be.

We gather together at the back of the convent and proceed in a hushed giggling gaggle around the grounds blessing the two orchards, the meadow, the garden, the neighbours, the machinery, the water supply, the house, computers, broadband, and washing machines (!), the kitchen garden, and the flowers in the beautiful Lady Garden. I feel as if I have stepped back to the turn of the nineteenth century when these sacred country rituals were part of daily life, enriching us and reminding us of the preciousness of nature.

Shame on us that we have all but for forgotten.

I always find it difficult to relinquish the silence as the retreat draws to an end. Rather, I feel I am just settling into the miraculous abundance that Michaelgarth and the convent offers, which has nothing to do with money, or power, or possessions.  But modern life calls again to us all, and so we must return to it.

‘Were you really silent for a week?’ asked my boater neighbour upon my return to the marina, puffing on his E-cigarette.

‘Yes, I was.’ I said. I thought of the collective laughter during the Rogationtide prayers. A bubble of happiness bursts in the pit of my stomach. ‘Well, for most of the time, anyway.’

“I liked the solitude and the silence of the woods and the hills. I felt there the sense of a presence, something undefined and mysterious, which was reflected in the faces of the flowers and the movements of birds and animals, in the sunlight falling through the leaves and in the sound of running water, in the wind blowing on the hills and the wide expanse of earth and sky.”
― Bede Griffiths